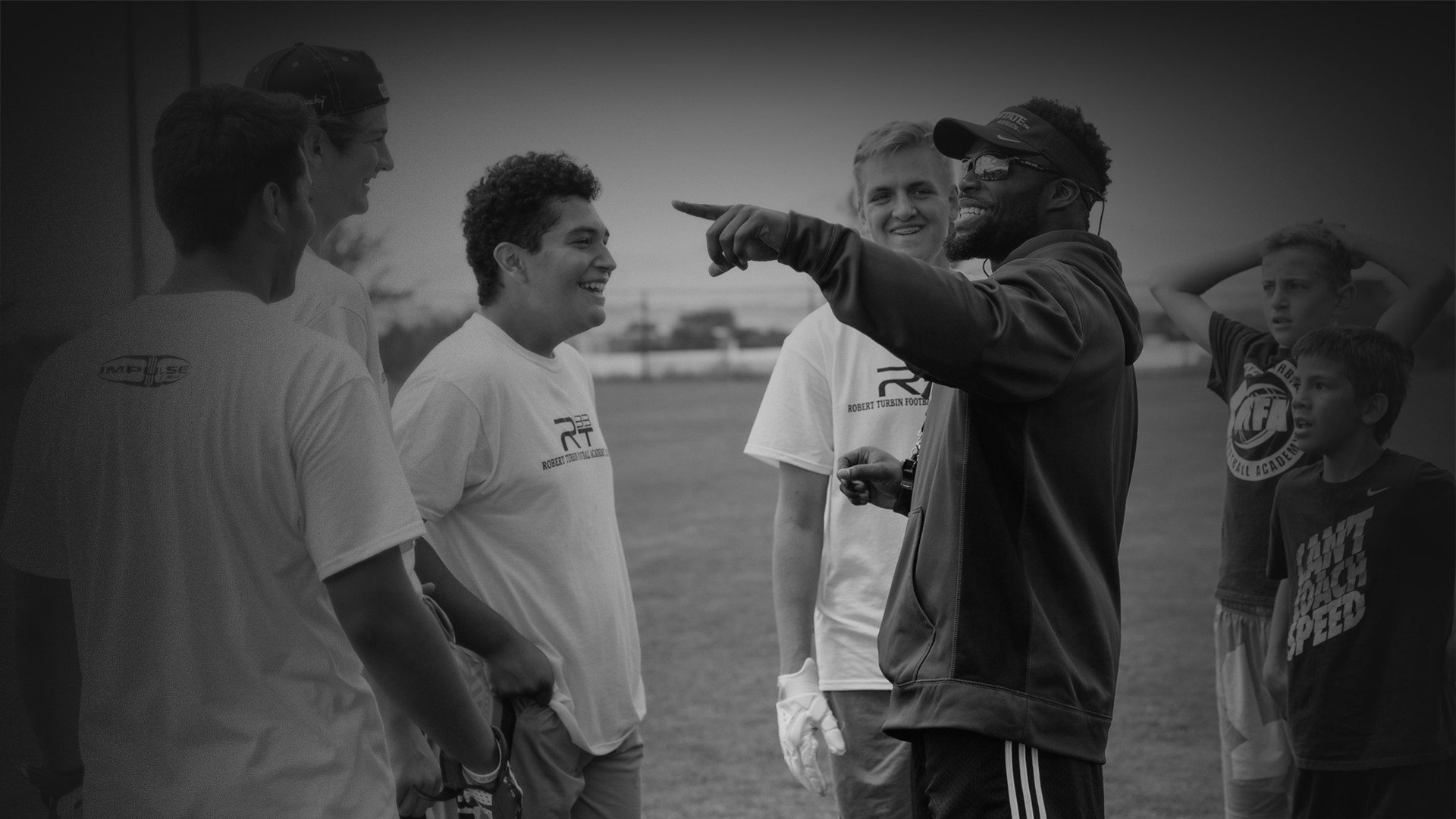 From the baseball diamond to the basketball court, to both football and track fields, Robert (Turbo) Turbin has showcased his speed and agility, and love for sports.

Off the field, Robert has shown dedication and resilience in advocating for his multiple philanthropic efforts as well as promoting his personal brand to mentor Athletes transitioning from the Gridiron into various ventures.

Growing up with two sisters who had to live their lives with MS and Cerebral Palsy Robert is utilizing his platform to bring awareness to these communities. In 2014, Robert launched the Runnin4u Foundation which focuses on accessibility in tech and nutritional research that is beneficial to Multiple sclerosis (MS) and Cerebral palsy (CP). The name Runnin4U stems from Robert’s sports days as a running back. He felt it wasn’t just about him out there on the field – he was RUNNING FOR YOU.

Drafted by the Seattle Seahawks from Utah State Aggies in 2012, Robert went on to assist the Seahawks in the franchise’s first-ever Superbowl win. In 2013 at Superbowl XLVIII, the Seahawks defeated the Broncos 43–8, the largest margin of victory for an underdog and tied for the third largest point differential overall in Superbowl history since 1993 and was the first time the winning team scored over 40 points while holding their opponent to under 10.

Robert went on to play for the Cleveland Browns, Dallas Cowboys, and Indianapolis Colts. He closed out his NFL career with his hometeam, Seattle Seahawks, in 2019.

After being featured as a guest speaker in various podcasts, Robert was approached by BLEAV Network in January of 2020 to start a podcast of his own, the first episode of which was broadcast on Radio Row at the Super Bowl that year. At the time, there were no visual elements being incorporated into the podcast space so Turbo hired a videographer to travel as a mobile unit to conduct interviews with guests. After the unfortunate lockdown that occurred in 2020, the Turbo team transitioned into a remote show that was produced live on Twitch. Turbo quickly built an organic following on Twitch with over 150K live viewers per episode.

With innovation in mind, the Turbo team is working to incorporate a live show in front of an audience, live on Twitch, recorded and uploaded to both Twitch and Youtube Channels, as well as, uploaded to all of the podcasts networks for our true audio preferred audiences.

Curated with the mission to impart hope, ignite purpose, and inspire innovation, Turbo Talk Live is a dynamic live-audience podcast where Turbo will bring us into the worlds of those whose lives are true, inspiration personified.

The Turbo Brand will be hosting Turbo Talk Live, beginning January 2023, charity events throughout the year through the Runnin4u Foundation, entertainment, and education through Robert’s television career as well as his entrepreneurial endeavors. Sharing his journey through his blog and other media outlets.

Be the first to know about upcoming Turbo events and activities.

Your information will not be used for any other purpose

Built with ♡ by Forward Inception